Photo by Pixabay on Pexels.com

With the increasing number of community choice aggregators (CCA) in California, the California Public Utilities Commission (CPUC) opened proceeding R. 17-06-026 on June 29, 2017 to “Review, Revise, and Consider Alternatives to the Power Charge Indifference Adjustment” (PCIA). The PCIA represents that exit fee that customers pay when they depart from an incumbent utility. The proceeding is divided into different tracks to address the various issues relate to the PCIA. This post will explain the reason for revising the PCIA, briefly address the Track I decision, and focus primarily on the recently noticed Track II proposed decision (PD).

It is important for readers to understand that this PD is exactly that, a proposed decision of Administrative Law Judge (ALJ) Roscow. It has no legal effect until the CPUC hears it as a noticed agenda item and votes to adopt the PD.  The earliest this may occur is September 13, 2018.  Parties must file comments on the PD within 20 days of its service on parties.  It is also possible for assigned Commissioner Peterman and/or for another Commissioner to propose an alternative decision.

The deadline for a bill to pass out of their house of origin occurred on June 1, 2018.  The following is a short list of important bills that met this deadline by subject area.  A full list of active bills we are currently tracking can be found at our Legislative Center.

SB 64 (Wieckowski):  This bill would require California balancing authorities to provide specified data on fossil fuel generation quarterly to the ARB.  ARB would then be authorized to provide this information to air districts who would be authorized to impose limits on generators on days in which emission are forecasted to exceed federal or state ambient air quality standards. The CPUC and Energy Commission would also be authorized to study how to reduce generation and prioritize the retirement of natural gas fired units to minimize localized air pollution in disadvantaged communities.  This would become part of the integrated resource planning process.

SB 782 (Skinner):  This bill would require the creation of global identifier system for each building in California, to match this with electric and gas utility customers in each building, and to further streamline data request authorization by customers.

AB 813 (Holden): This bill would set requirements for the creation and participation in a multi-state regional transmission system organization.

AB 2195 (Chau): This bill would require the quantifying and reporting of the release, loss, and uncombusted natural gas or flared natural gas from all natural gas imported into the state from out-of-state sources.

AB 3232 (Friedman): This bill would require the Energy Commission to assess the potential to reduce GHG emission from residential and commercial building stock by at least 40$ below 1990 levels by January 1, 2030 and require a report in the IEPR on emissions from these building stocks.

SB 1013 (Lara): This bill would regulate hydrofluorocarbons from refrigeration equipment in light of the federal SNAP regulation being vacated and withdrawn.

SB 819 (Hill): This bill would limit penalty rate recovery and uninsured expenses recovery where a gas or electric utility is found to have not reasonably maintained its facility rate recovery.

There is a major focus on Fire Prevention in this legislative section.  The following bills deal with fire and fire mitigation, among other issues:

AB 3257 (Committee on Nature Resources): this bill would require fire prevention reporting to the Legislature.

SB 901 (Dodd): This bill would require electric utilities to prepare wildfire mitigation plans, including when to denergize electric lines and deactivate reclosures, and notify customers under a defined priority for critical first responders, healthcare facilities, and telecom operators.

SB 1088 (Dodd): This bill would require adoption of standards and CPUC approved safety, reliability, and resiliency plans for major events, including wildfire.

SB 1205 (Hill): This bill would require gas and electrical corporations to report to the CPUC any self-identified statutory or regulatory violations that poses a significant safety threat, statewide impact, affects a large geographical regional or involves fraud, sabotage, or falsification of records, or other deception.

A full list of active bills we are currently tracking can be found at our Legislative Center.

Update on Electric Vehicle CPUC Decision and Other Related Legislation 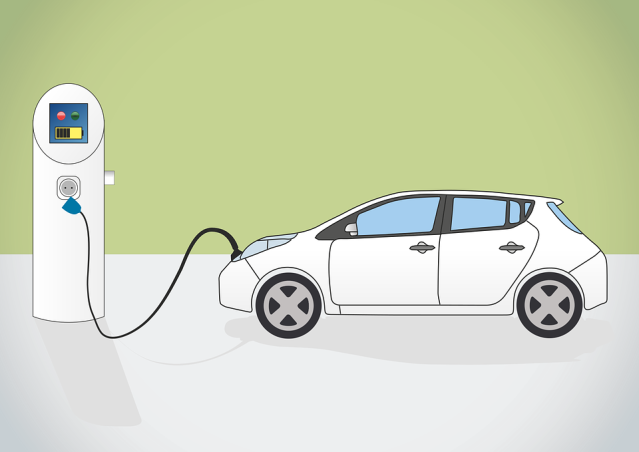 Transportation electrification is moving ahead in California with the adoption of a CPUC decision and several important bills moving through the legislative process.  This blog will briefly discuss the CPUC decision and provide a short summary of related bills.

Yesterday, the CPUC unanimously (see agenda item # 42) approved a revised Decision on the investor owned utilities (IOUs) SB 350 Transportation Electrification Standard Review Projects.  SB 350 (de León) (Chapter 547, Statutes of 2015) required the CPUC to direct the IOUs to file application for programs and investments to accelerate widespread transportation electrification.  The estimated costs of the projects total approximately $739 million with $29.5 million earmarked for the evaluation of projects. A summary table is below:

Under the revised Decision, SDG&E’s Residential Charging Program (RCP) is now a three-year program that denied utility ownership of charging infrastructure on the customer-side of the meter and instead requires a rebate and utility run marketplace to deploy chargers and related equipment. The program is now non-mandatory because, as the CPUC stated “[w]hile we find tremendous value in testing and learning from the approved RCP, it is unclear whether SDG&E and other parties also find value in this program.” SDG&E may file an Advice Letter (AL) to withdraw the program in the future. Consequently, the program will operate as an up-front rebate program for up to 60,000 electric vehicle service equipment (EVSE) and EVSE installation with the customer owning the EVSE.  This reflects the existing market place where residential EV owners own and maintain the charging equipment.  The CPUC summarized the program in the following Table:

The CPUC also approved PG&E’s DC Fast Charging Make-Ready program with a scope of 52 sites and all customer-sided make-ready infrastructure support a minimum of 150 kW charging equipment.  Sites located in Disadvantaged Communities (DACs) will be eligible for a maximum rebate of $25,000 (not to exceed the full cost of the EVSE and installation) to be applied to each EVSE purchase and 25% of the sites hosts located in or adjacent to DACs.

The CPUC adopted SCE’s and PG&E’s medium- and heavy-duty vehicle charging programs. The Table below summarizes the budget and assumptions:

The CPUC also determined that these programs will be considered per se reasonable provided they meet the following:

On the legislative side of the coin, the following bills related to charging infrastructure also hit major legislative deadlines to remain active:

Additional information on related transportation electrification bills and other bills we track can be found on our Legislative Center website.  A full update will be forthcoming next week with an assessment of bills that remain active after today’s statutory deadline for bills to pass their house of origin.

The Cost of a CAP Part 6: Limitations 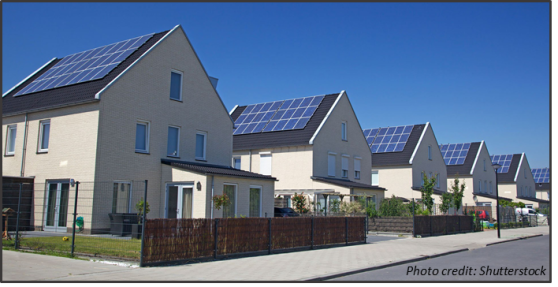 Part of understanding climate action plan (CAP) cost analyses results includes identifying what is not incorporated into the analyses. CAP implementation cost analyses (ICAs) and benefit-cost analyses (BCAs) described in earlier posts have inherent limitations that can create a level of uncertainty. This post concludes our CAP cost analyses series by identifying key limitations as they relate to: data availability, benefit and cost ranges, scope of the analysis, timeframes considered, and GHG methodologies.

END_OF_DOCUMENT_TOKEN_TO_BE_REPLACED

The Cost of a CAP Part 5: The Cost (or Benefit) to Participate 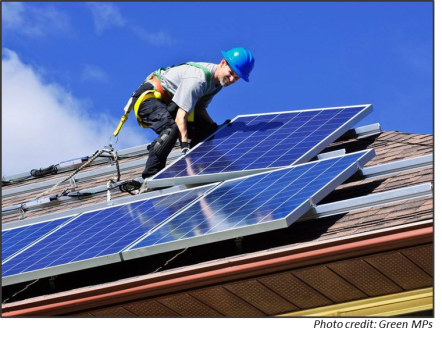 How is this CAP going to impact my constituents? Jurisdictions who are in the process of adopting or updating their climate action plans (CAPs) are concerned with more just the budgetary impacts and overall cost-effectiveness of CAP measures. There is a great deal of interest in understanding who will be directly impacted by a measure and how. In a previous post, I discussed EPIC’s benefit-cost analysis (BCA) framework for CAPs. This post will address the second of the two questions asked in a BCA: what are the financial impacts to those who participate in CAP measure activities? It will discuss who the participants are in CAP measures, how to identify them and their respective benefits and/or costs, and what results are best to show.

END_OF_DOCUMENT_TOKEN_TO_BE_REPLACED

The Cost of a CAP Part 4: Emissions Bang for Your Buck 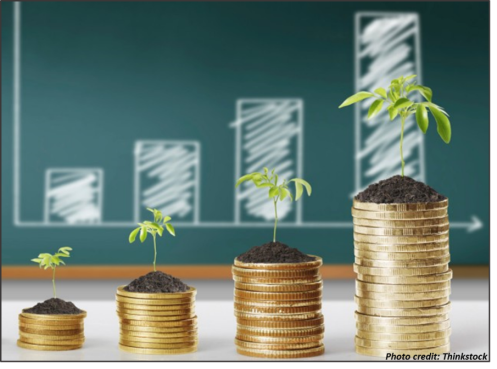 Which measures should we include in our City’s CAP? Should we prioritize some over others? Which measures are, in terms of cost, the best for us to implement, while still achieving our GHG reduction goals? However jurisdiction staff phrase the question, what they are really hinting at is: how cost-effective are climate action plan (CAP) measures at reducing greenhouse gas (GHG) emissions? The previous post in this series provided the general framework for climate action plan (CAP) benefit-cost analyses (BCAs). Here, we take a deeper look at the first component of a CAP BCA – evaluating the cost-effectiveness of CAP measures. This post will discuss what cost-effectiveness results mean in the context of a CAP and its target years, best-practices for viewing results, and challenges when comparing results between multiple CAPs.

END_OF_DOCUMENT_TOKEN_TO_BE_REPLACED

The Cost of a CAP Part 3: The Benefits and Costs of CAP Measures 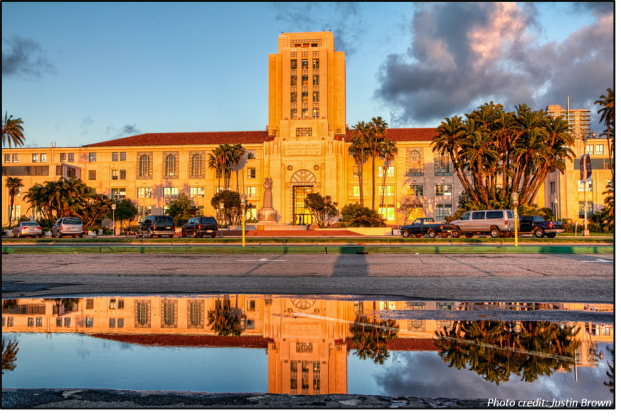 What measures will get us the biggest emissions bang for our buck?  How much will these measures cost residents and businesses in our city? These are the two questions we hear most often. A climate action plan (CAP) benefit-cost analysis (BCA) addresses both of these questions, providing insights into the cost-effectiveness of CAP measures and the financial impacts to those who are directly involved in CAP activities. This is the third post in our series of CAP cost analyses; the first post provided an introduction to CAP cost analyses and, in the second, EPIC director Scott Anders provided greater details on CAP implementation cost analyses. Here we will discuss an approach to CAP BCAs developed by EPIC, including: perspectives to consider, types of benefits and costs to include, and metrics to calculate.

END_OF_DOCUMENT_TOKEN_TO_BE_REPLACED

The Cost of a CAP Part 2: How Much is This Climate Action Plan Going to Cost Our City?

More and more, local jurisdiction staff, decision makers, and stakeholders are interested in the cost of implementing climate action plan measures and actions. We are often asked by local jurisdiction officials some form of the question: how much is thing going to cost us? The first post in this series by EPIC Technical Policy Analyst Marc Steele presented an overall summary of climate action plan (CAP) cost analyses and outlined three questions we are trying to answer. This post focuses on the implementation costs analysis (ICA), which answers the first of those questions: What is the budgetary impact to a local jurisdiction to implement CAP measures? It begins by defining the ICA and then discusses the types of costs evaluated, when an ICA can occur in the climate planning process, and considerations for evaluating CAP implementation costs.

END_OF_DOCUMENT_TOKEN_TO_BE_REPLACED

The Cost of a CAP: Monetary impacts of local GHG reduction measures

More and more cities in California are developing Climate Action Plans (CAPs). During our climate action planning work with cities, we repeatedly hear questions from the public and city staff about costs. How much is this climate action plan going to cost the city, and by extension taxpayers? Which measures get us the biggest emissions bang for our buck? What’s the bottom line? What are the financial impacts to homeowners and businesses? These questions have merit—after all, it is important to understand who will be financially impacted by a city’s policies and actions. In response, the Energy Policy Initiatives Center (EPIC), in partnership with the San Diego Association of Government’s Energy Roadmap Program, has developed a method for evaluating the cost implications of CAPs. This post, the first in a series to describe these methods, summarizes the basics of CAP cost analyses and provides context for the material covered in future posts.